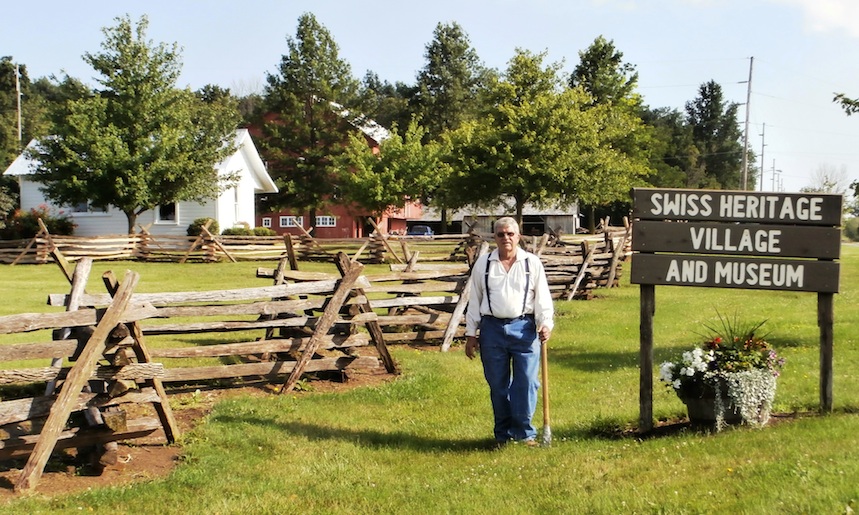 The History of our Swiss Heritage

A Fresh Start in a New Land

Many years have passed since the Swiss emigrants left Switzerland and began the long journey that changed their lives forever. The trip was dangerous and difficult, but the prospect of a new life in a new land brought them to the United States of America. There were casualties along the way, but some of the hardy survivors went on to establish the community we know today as Southern Adams County. Some of the settlers had come for new opportunities in the great land of America. Others had come because of tremendous persecution for their Anabaptist beliefs and practices.

Persecution for the Swiss Anabaptists began as early as January, 1525, as believers in Zurich were arrested, imprisoned or killed for their religious convictions. Some were forced into the military with double fines or drowning if they persisted in their beliefs. As the numbers of followers of Menno Simons and other reformers increased, they became a threat to the established churches and authorities. They endured many decades of harassment before large groups left the Motherland and sought freedom elsewhere.

Many of the Swietzer Deutsch speaking immigrants from Canton Bern and surrounding areas came first to Wayne County, Ohio, and then to the less expensive territories in Adams County, Indiana, in the 1830s. The town of Berne was platted in 1852. Here they were free to practice their faith.

In 1838 Christian and Peter Baumgartner moved from Wayne County to Adams County. A year later they were joined by their brother, David Baumgartner, and the Baumgartner Church began. A few years later the Münsterberg Mennonite Church was established. The two later merged to become the present First Mennonite Church.

For the new Americans, settling in Adams County enabled them to live according to the dictates of their consciences. They built sturdy homes, established on a strong faith that sustained them through their arduous journeys, worked the soil, and began businesses that met the settlers' needs as they became citizens in the new land. They brought with them their European culture and hardiness, which has taken them successfully through several generations to today. It is this heritage that Swiss Heritage Society strives to preserve for future generations.

A high priority of the original Swiss Heritage Board in 1985 was to secure suitable acreage for an outdoor museum. In this regard, the trustees participated in formulating site selection criteria by traveling to many established historical attractions. They also consulted with several foundations experienced in supporting historical parks. The very active participants and first board consisted of Ked Graber, Floyd Liechty, Gloria Muselman, Claren and Ruth Neuenschwander, Chris Yoder, Bob Willey, and president Madeyn Wurster.

Several sites in the Berne area were considered as possibilities and land owners were contacted to determine purchase feasibility. The present location at 1200 Swiss Way was selected after Swiss Properties, Inc. offered to gift about eight acres of land as well as an additional land purchase option. Adjacent land owners Waldo Liechy and his sister Helena Mae Ellenberger then made available about 12 more acres at a very reasonable price.