Winter 2007 Connecting with Roots, student volunteerism, and the Match It & Burn It drive.

Winter 2009 Silver anniversary, Gretchen's Reflections, and the state of affairs.

Summer 2010 Silver anniversary, Barn Celebration, and the state of affairs.

Winter 2010 New land, successful ventures, and the passing of a titan.

The Swiss Heritage newsletter is in the PDF format. Downloaded PDF files may be viewed in Preview on a Mac or in Viewer in Windows. The Safari browser also supports inline PDF viewing. 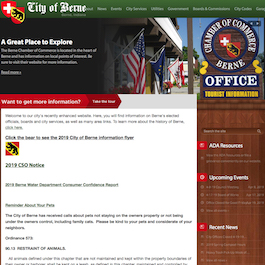 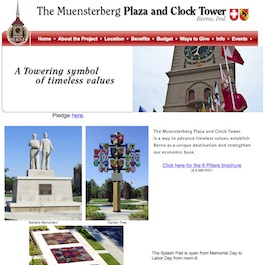 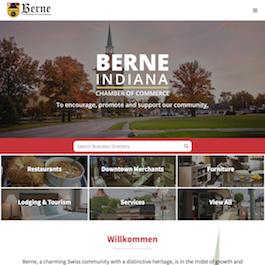 Berne Chamber of Commerce The website for the city of Berne, Indiana–the location of Swiss Heritage Village & Museum